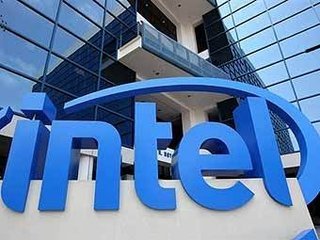 The Intel Corporation and Nizhny Novgorod Technical University plan to establish joint innovation centers. ITAR-TASS reported on it with reference to Viktor Samofalov, the manager of Intel in Nizhny Novgorod, and the NSTU rector Sergey Dmitriev.

Within the V International Forum of Information Technologies opened in Nizhny Novgorod the sides signed a cooperation memorandum, involving the joint efforts on creating and developing innovation centers, as well as joint work in parallel calculations for the needs of nuclear energy and automotive industries.

According to Dmitriev, the higher education institution has a modern computer database, allowing to cooperate with world leaders in information technology, as well as to closely interact with Rosatom and the Russian Federal Nuclear Center in Sarov in parallel calculations. Similar developments improving the production safety are performed by NSTU at requests of car industry enterprises.

We have five supercomputers that run parallel calculations ordered by large companies interested in the quality and safety of products, - said the rector.

Nizhny Novgorod Technical University became the second institution of the city with which Intel is ready to build business relationship. Nizhny Novgorod office of the corporation, which is considered the largest in Europe, numbers a thousand of employees, most of which are the graduates of the Lobachevsky Nizhny Novgorod State University. Intel cooperates with it several years.

Intel representatives are confident in the success of the new partnership. Higher education institutions are first and foremost, research and people who have fresh ideas. Often, it is here that breakthrough ideas are born, which then go into production, - said Samofalov.

According to him, the representatives of the corporation, creating software are attracted by the fact that technical university is focused on the real economy sector and has direct access to a variety of industries. Future shipbuilders under contract with the shipyard Red Sormovo are trained here, NSTU cooperates in training for the aircraft factory Sokol and the nuclear power industry. This is important because Intel is also focused on the manufacturing sector. And here we have good points of contact with Nizhny Novgorod Technical University, - said the Intel representative.

?Nizhny Novgorod is one of Russia?s three innovation leaders??Skolkovo?s Viljakainen