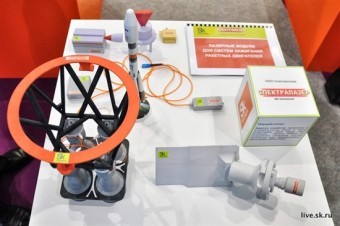 The venture Fund “VEB-Innovation” will invest 5M RUB in project on creation of laser modules for systems of liquid rocket engine combustion system, corresponding investment agreement the sides have executed on the Forum “Open Innovations”.

“VEB-Innovation” became co-investor of the second stage of the project, directed on a series of investigations conduction for laser modules consisting of modeling and cruising thrust burn chambers for rocket engines, and also preparation of modules to testing at produced by industry rocket engines in the course of nature investigations.

These laser modules will allow repeatedly launch rocket engines in flight on orbit. It will replace traditional pyrocartridges. It is planned that modules will be applied at the rocket while launch from the spaceport “Vostochny” in 2015. The Company-manufacturer of lasers is a participant of the space cluster of the Skolkovo Fund.

The project “Specralaser” by its development, creation and entering on international market a line of laser systems and burn modules for various types of engines, has received the grant from the “Skolkovo” in 2012 in amount of 25M RUB. The project is executed in two stages. Co-investor by the first stage is the Saint-Petersburg “Pre-Seed Investments Fund”.

RVC and British Fund to Invest in Glucometers