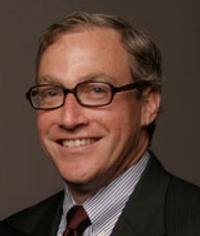 Last week, we announced our end-of-the-year project, which was to collect and share the opinions of some of the top influencers in Southern California's high tech community. We the same five questions of a variety of top technology entrepreneurs, investors, and others, to hear what they're thinking about, and are sharing it here over the next two weeks.

1. What was the biggest news for you/your firm this year?

Despite the economy, our portfolio revenue, aggregated across 14 companies, grew beyond our projections, more than doubling for the third year in a row.

2. In your opinion, what events, companies, or people made the biggest impact on the technology world in 2010?

Adoption of smartphone and the mainstreaming/growth of iPhone/iPad and Android, and the breakthrough in synthetic biology, which enabled the creation of the first living cell in vitro.

3. What was the biggest lesson you learned over the past year (good or bad)?

4. Who are the people here you think will most influence the technology world in the coming year?

Jamie Siminoff - anybody who can help me manage my email inbox is a hero!!!

5. What are the technologies, companies, or things you think the community ought to pay the most attention to in 2011?

The expanded ability to create synthetic DNA, and be able to do any type of genetic sequencing is a major change for live sciences.

Venture capitalist Tim Draper to hold a teleconference for Skolkovo