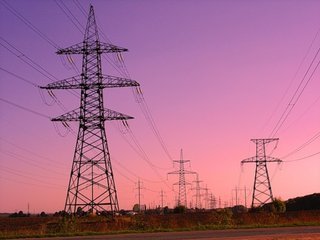 What are the main challenges of Russian power industry, what innovative projects it needs and what is its potential for development - these and other questions will be answered during the roundtable discussion Innovation priorities of networking companies, which takes place on February 28, 2012 at Moscow School of Management Skolkovo .

Andrei Shishkin, the Russian Federation Deputy Minister of Energy, will open the event, Valentin Gapanovich, Senior Vice-President of OJSC RZD, the representatives of distribution companies: Roman Berdnikov, the Deputy Chairman of OJSC UES FGC and Boris Mehanoshin, the Deputy Director of IDC Holding will report on the subject. Vasily Belov, the head of the Energy efficient technologies cluster of Skolkovo Fund will moderate the discussion.

The proposals on the possible ways of the branch development will be put forward when presenting the technological solutions of the innovation center resident companies and after summarizing the results of the innovation projects contest held from February 1 to 20, 2012.

The contest of research works to improve energy efficiency in the electricity supply was organized by the Energy efficient technologies cluster of Skolkovo Fund, OJSC UES FGC and OJSC IDC Holding in order to facilitate access to the energy market of small innovative companies that are not always able to bring their workouts to the ultimate consumer. According to the administration, the competition will boost the search for new energy efficient technologies aimed at improving primary and secondary processes in the energy network sector, and, after studying the feasibility of these technologies, their application in large-scale production.