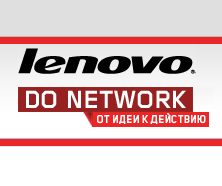 After three months of work Lenovo Do Network project determined the winner, who will receive a $ 25,000 grant for the further development. According to the results of all finals, the grand prize went to Roman Zhukov’s Personal 3D Printer project which is a new PC addition allowing to create an exact copy of the object’s 3D-model as a prototype. The remaining 9 finalists will receive valuable prizes from Lenovo Company, a Chinese PC manufacturer. 54,000 people participated in voting for the best project.

Do Network is an online platform aiming at helping people to share ideas with each other, work together to develop and implement their projects. The participants received all the necessary tools and materials for three months, as well as the assistance of experienced and competent mentors: Arcady Moreinis, Glavstart’s CEO; Anna Kachkaeva, the Higher School of Economics Dean of the Faculty of Media Communication; Kamil Isaev, CEO on Research and Developing Intel in Russia.

3d prototyping technology is now available to the industry. However, even the ordinary users need to produce the prototypes. The device will be useful to small businesses that produce small-sized plastic products amounting hundreds of items a year.

This new device is able to create a new consumption and production culture, making the production more creative, - states the description of the winner-project - 3D printer service will be equivalent to the service of the usual 3D printer. Consumable cartridges will be eventually available everywhere.

The winners have made a hard way, and it was interesting to watch the process of their projects development - said Tatyana Timofeeva, the Marketing Director of Lenovo in Russia and CIS countries. – Owing to Do Network, we have a rare opportunity to support, guide and raise innovative and truly outstanding projects. I'm sure that Do Network will continue inspiring talented teams of scientists and researchers.

Do Network consists of four stages of the contest lasting three months each. The stages are devoted to a particular topic and propose various tasks to the participants. Themes and tasks for the second stage will be announced later this year.

A competition Lenovo Do Network reaches the finish line

Startup Weekend in Kiev: nothing seek, nothing find

Startup Weekend expanding the boundaries: the event to take place in Kiev for the first time