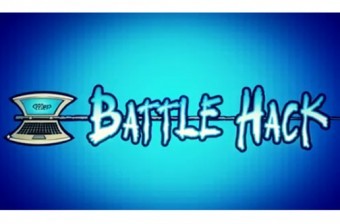 The first hackathon of the Company PayPal has been held in Russia. At these ten stages Battle Hack, which are held in various world cities, the programmers are offered to develop decisions of some problems of their city during 24 hours – from road traffic to cash dispensers shortage. The main condition is to integrate PayPal system in the application.

The winner of the Moscow contest stage became the service TalkingCity, which helps people with visibility deterioration to orient in the urban environment. Application, which lays the route in the area for people with visibility deterioration, tells them where to go. The second place has been taken by the project FitPal, which offers to make money rates, motivating working on fitness. The team of Park My Ride has got the third place for the application, which offers to book and pay parking with the help of PayPal.

The best projects of city contests will receive not money prizes, as noted Mr.Lunn, but souvenir axes, tabs Google Nexus 7, smartphones and other prizes from sponsors. Winner of each of ten stages will get payment from PayPal for the final participation, flight, and living in California. Besides, the Company awards teams, which have slept less than others during the day of a contest.

Participants of the Battle Hack in Moscow have presented 34 ideas of services, 21 of which have been showed in the final, said international director of developers’ network of PayPal John Lunn. Winners of city stages will compete in the final, which will be held in November, 16-17 in California, for the prize of $100K.