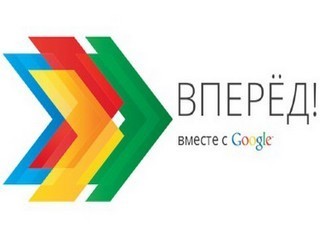 The team, consisting of workers from the company “VPuti”, has taken the first place in the contest for developers of Android-applications, which has been conducted in October, 4-6 on the field of the Kazan IT-park. The format of the conducted event is a contest in the form of the “brain storm” for developers and all interested in web- and mobile services creation. The event has been organized within the project “Vpered.WithGoogle!”.

In the contest took place a team of the KRITBI – companies “VPuti”. The event has been held during two days. The final of the second day Hackathon became “DemoFest”, at which each team-participant presented its project. According to results of presentations, the authoritative jury, which included representatives of the Google Company, has selected the most perspective projects.

At the final presentation have been presented 25 projects. The team “VPuti” is the only one participant of the Hackathon from Google in Kazan, who presented Siberia. During two days the team “VPuti” has developed and presented a free Android-application “Hansheater”, which gives users the opportunity to heat their hands from their smartphone. The project has received the first place and money prize in amount of 200K RUB.

“Of course, it is very pleasant that experts of International Corporation have noted the project “VPuti”. Success of the KRITBI resident in such contests confirm the high level of our IT-developments. They become actual at Federal fields”, - commented this news the Ministry of investments and innovations Olga Rukhullaeva.

The company “VPuti” develops a service, which allows searching fellow travelers. The project was founded in Krasnoyarsk, and since January, 2012 is the resident of the Krasnoyarsk regional innovative-technology business-incubator (KRITBI). In summer this year the company has got invitation for cooperation from the IT-park in Naberezhnye Chelny. At the moment the company “VPuti” is the resident of KRITBI and IT-park in Naberezhnye Chelny.

In Minsk for the first time has been conducted the final of Yandex.Start