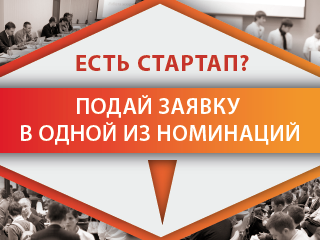 The contest Web Ready 2013 takes applications for participation. The prize fund comprises 1.5M RUB; winners will get prizes from partners and sponsors of the event.

Three additional nominations have been established the contest partners: the company “MegaLabs”, corporation EMC and a cluster of game-projects from Finland “Playa”.

Each semifinalist will pass educational program for the project presentation in the final of the contest. In the final will be conducted the investment session “VC Corner” (meetings of investors with projects in two stages by the “swirl” principle).

Application for participation are taken till October 13, 2013 at the site Web Ready.

Web Ready 2013 is conducted with support of the Ministry of Communication and mass media of the Russian Federation and the “Skolkovo” Fund.

Ministry of Communications and Skolkovo to support the V Web Ready