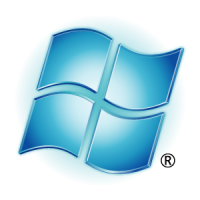 Microsoft is expanding its borders to support start-ups. In order to encourage young entrepreneurs to create cloud applications that operate on the basis of Windows Azure, the corporation launches a new program in Israel, which will be held at Microsoft Israel Research and Development Center under the project Think Next. Young entrepreneurs will receive free offices, access to Windows Azure, training, assistance in legal matters and much more. However, Microsoft will not give them initial funding.

According to Zack Vaysfeld, the chief director on strategy and business development center of Israeli Microsoft, placing the incubator startups in Israel is due to the strategic location of the center, and is a part of Microsoft’s ongoing efforts to revive the startups culture in the company. Israel has already formed a relatively long active startup community - about 5,000 startups today are already working in this country. The largest amount of venture capital after Silicon Valley and New England is spent here. All this ultimately influenced the location of a new Microsoft incubator.

The purpose of the incubator is to encourage young designers to create products using the Microsoft software.

Within a four-months program, which will be held twice a year, young entrepreneurs will get access to the recently renovated workspace area of 850 square meters. In addition, the center will provide them with conference halls, a laboratory and studio to record demonstration videos. More than 30 representatives of industry (their names will be announced later) agreed to participate in the program as mentors and teachers.

The difference of the new start-up accelerator from most modern incubators lies in refusing to fund startups, and, accordingly, the acquisition of shares of companies participating in the program.

The program will end with showing the results within 2 days. The first day will take place in Israel, the second - in the USA. The first class including 10 companies will be announced on April 22 at Think Next 2012.

Citi opens in Israel an accelerator for financial Startups