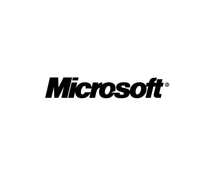 Microsoft held a series of Mobile Acceleration Week (MAW) events, Digit.ru reports. 20 Russian developers were involved in creating applications for the platform of Windows Phone 7, and the company representatives conducted master classes and lectures on the development for them.

To participate in MAW representatives of existing startups were invited. In particular, the developers of ClipClock.com video service, NormaSahar medical start-up, Speaktoit voice recognition service and KwikPik.me taxi ordering service won the contest.
The first prize in the competition went to ClipClock.com service developers, through which users can select a particular point or episode in the video and share them with friends.

The second prize went to the developers of NormaSahar service, created for people with diabetes. With the help of a mobile application, users can keep track of the consumed food and calculate the required proportion of insulin with the built-in database about the content of sugar.

The third place went to two start-ups. KwikPik.me is an online service for ordering a taxi. With this service, you can not only order the car, but also make terms with the driver about the price. Speaktoit service was also awarded. It is a Voice Assistant allowing to make calls, send messages and search for information on the Internet using the commands.

As a result of a master classes series only prototype applications for Windows Phone 7 have been created, the final versions will be published in Windows Marketplace store. According to the representatives of Microsoft, developers will receive help from the corporation for promotion on this site.