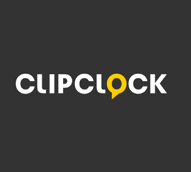 Russian startup ClipClock, a developer of annotating and publishing service for internet video fragments, has received a $50 K grant from the Microsoft seed funding Fund.

Long-term ClipClock’s objective is to create a library of user-described frames of the clips, which may be interesting to companies developing video search technologies. At this stage, the developers pay more attention to the project development, as well as the development of a mobile application the grant from Microsoft will be also spent on.

From a user perspective, ClipClock is to solve the problem of oversupplying popular video services like YouTube, as well as the difficulties associated with the publication and discussion of specific video passages. The mobile application of the service will allow marking interesting shots on smartphone videos. The authors of the project note that mobile videos are often taken and published in a hurry, so you do not have time for editing it and that results video sites oversupplying.

The development of the service lasted more than six months; the registration became available about a month ago and during this time ClipClock collected thousands of users, and about a thousand movies.

According to Microsoft representatives, ClipClock was selected out of 300 startups participated in the seed funding Fund meeting in April. In March 2012 the team also won a Mobile Acceleration Week contest.