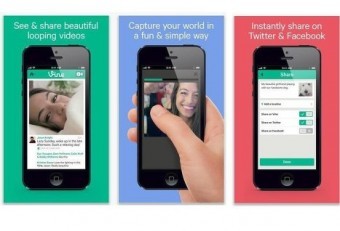 The service for sharing with 6-second video clips “Vine” from “Twitter” is now available in Russian-language interface, is said in the message Digit.ru with reference to representatives of the “Vine”.

The “Vine” allows creating short video clips on a mobile device and sharing it with friends. The “Vine” has also been established by three developers since June, 2012, and in October “Twitter” acquired it. The application firstly appeared on the market in January this year with the version for devices on the basis of iOS. In June appeared version of this application for Android.

Since today the application “Vine” for Android and iOS are available in Russian and more 18 new languages, including German, French, Italian, Japanese, Portuguese, Spanish, Chinese or others. In the “Vine” for Android appeared support of two additional languages – Philippine and Polish.

“Nowadays it became much easier for people all over the world to watch and exchange records, which make us laugh, teach us something or help learning what is around”, - say developers. According to their words, the “Vine” also works on tracing the most popular videos in concrete countries.

Competitors of the “Vine” are videoservice “MixBit” and the function of video distribution on the resource Instagram.