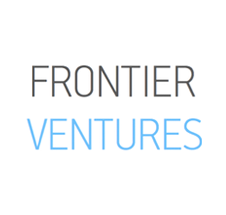 Grigory Finger, the founder of Mail.ru Group and DST together with Yuri Milner, entered the Advisory Board, and possibly the number of investors of the Frontier Ventures fund, the newspaper Vedomosti reported. As Dmitry Alimov, the founder and managing partner of Frontier Ventures explained to the newspaper, Finger’s extensive experience of investments in Internet projects will be very useful for the fund, which plans to invest in Russian startups a total of $ 50 M.

Finger is best known as one of the first investors of Mail.ru, Digital Sky Technologies, known for investment in Odnoklassniki, Vkontakte, Zynga, Facebook, Groupon, ICQ. He has been investing in Russian assets for more than 20 years. According to the Farminers founder incubator Igor Matzanyuk, Finger is a serious strategist and visionary, he knows people and how to find interesting companies. Finger and his Mail.ru Group partner Michael Vinchel invested in the iTech Capital fund in 2011.

Frontier Ventures intends to finance approximately 10 companies, each to receive up to $ 10 M. The fund is in the first place interested in Internet services for final consumers: online travel, online media, financial services via the Internet, e-commerce projects, etc. A few transactions are prepared and will be announced this year, promises Alimov. He himself is the investor of the largest in runet Ivi.ru online cinema and Biglion discounts service.

Yuri Milner is among largest investors of Rocket Internet incubator