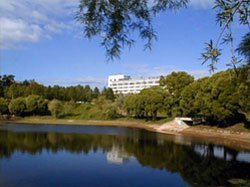 A round table on innovation of the Kirov Region with the participation of leading Russian experts will take place on April 26 in Kirov. The event will take place within the Russian Business Angels first week which began this week and runs until April 27.

A live translation of the event starts on the Kirov Region Government official website www.kirovreg.ru at 3 p.m.

Russian Business Angels First Week will bring together more than 1,000 investors and 15,000 participants, which will meet in more than 25 regions of the country to discuss the development of Russian venture capital investments market. One of the key events of the Week is the XII Annual Congress of the European Association of Business Angels, which took place from April 23 to 24 in Moscow.

As a part of nationwide event on April 26 in Kirov, a Support and Development of Innovative Activity in the Kirov Region is an Important Element of the Innovation System Nationwide round-table will take place. The event will be attended by region leaders, industry, public representatives, federal and investment and innovation foreign experts, Igor Goryanin, executive director of biomedical technology cluster, a professor at Edinburgh University (UK); Stanislav Naumov, vice-president of the Skolkovo Fund on the interaction with public authorities; Kirill Bulatov, Head of Project Analysis of the Russian Venture Company; Roman Anufriev, the manager of Russian Venture Company, JSC regional projects.

The Komi Republic involved in the Business Angels Week