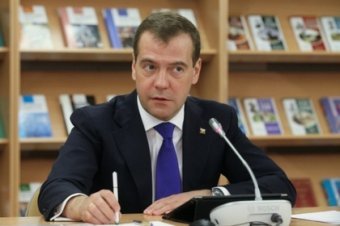 According to him, there are 427 residents registered in Skolkovo, and 100 grants totaling more than $ 6 B RUR issued. We have formed an expert panel, which consists of about 600 experts in various fields. I would like to emphasize that more than 30% of our experts are representatives of science, business, representing foreign governments, and thus we provide a communication with the international expert community and that is important for us - Skolkovo president said.