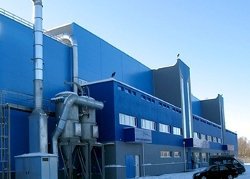 In the framework of the III International Forum of the Association of Russian Industrial Parks InvestRussia 2012: a New Impetus, the delegation of the Kirov Region presented a project on the technology parks creation with the use of complex financial instruments, the press center of the regional government reports.

To increase the investment attractiveness of the region and increase investment in its infrastructure, the regional government decided to establish an industrial park named Slobodino - the name of the neighbor village. It is about 10 kilometers away from the Kirov. The area of the industrial park is 26 acres. Sites under construction will be provided with the already delivered supply pipelines, electricity, water, gas and sewerage.

Government will subsidize infrastructure building. Government support for the park and the businesses that will work at the regional level is also provided.

Investment capital can be provided both by banks and international investment corporations.

A weighty argument in favor of a technology park creation was the system that works with investors and specialized structure represented by the Regional Development of the Kirov Region Agency.

In addition, it is also planned to create three more industrial parks: an IT-Park in Vyatskie Polyani (its location is not known), biomedical technology park in Levin?a village.