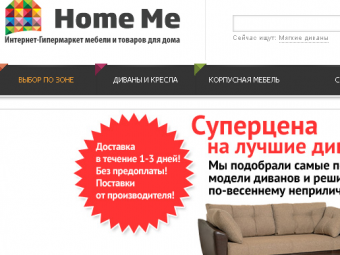 Russian selling furniture website homeme.ru was able to attract five million dollars from several investors. The financial round was held by ABRT, Mangrove and Addventure venture capital funds. homeme.ru project is notable not only for the ability to sell furniture online, but also for a possibility to create a 3D-model of a furnished room online. Attracted funding will be spent on further development of services.

The news of the past funding was confirmed by the Addventure Fund: The project homeme.ru was invested by a group of investors, including Addventure, Mangrove Capital Partners and ABRT funds. The total amount of transaction was $ 5 M.

Mangrove Capital Fund representative will meet the residents of Ingria