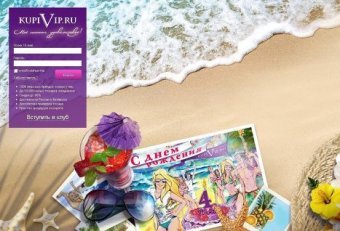 A group of investors including Intel Capital fund, has invested $38 M in the Russian holding KupiVIP, specializing in luxury clothes and goods selling on the Internet, according to the digit.ru portal.

The Russian e-commerce market is growing very rapidly, and by investing in KupiVIP we are pleased to provide our best technologies to improve the service - said the vice president and general manager of Intel's EMEA operations Christian Morales.

The investment round was also joined by Acton Capital Partners Fund and European Bank for Reconstruction and Development along with existing investors Accel and Balderton.

KupiVIP company will spend the funds for the development of e-commerce platforms and increasing the volume of trade.

The commercial structure of the holding includes kupivip.ru online clothing store, as well as shoptime.ru online store. There are more than 8 million users registered in the shops.

Intel Capital is an investment division of Intel. The Fund invested in Russian Internet shops some time ago. For example, the fund invested in online shoe store Sapato in 2011which was acquired by Ozon in February 2012. As of December 31, 2011 Intel Capital’s investment portfolio valued at about $ 1.5 B.

In June, the head of KupiVIP Oskar Hartmann announced plans to hold an IPO of online store in New York within two years.

Among existing investors of the company are the funds of Mangrove Capital Partners and Accel Partners, the first fund financed the project at its initial stage, and the second fund invested $ 20 M in the service in January 2010. In April last year the company raised $ 55 M from three new investors: Russia Partners, Balderton Capital and Bessemer Venture Partners.