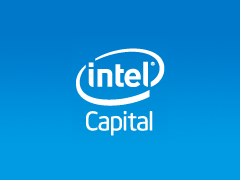 Intel Capital, international investment subdivision of Intel Corporation, celebrated tenth anniversary of its investing activity on CIS market. The Fund started its work in 2003 from investment to Internet-company Ru-Net/Yandex. Since then Intel Capital invested in 15 companies in CIS.

Arvind Sodhani, the President of Intel Capital and executive vice-president of Intel, on a ceremony of the occasion of tenth anniversary, took the floor and talked about history and achievements of Fund in the region: “We entered the market among the first international venture investors. The Fund invested in projects and cooperated side-by-side with the most powerful Russian teams, which gave the region lots of bright technological innovations. In turn, the companies we have cooperated with have had unique international experience and strategic vision of Intel Capital, our resources and contacts that supported business development.”

The Intel Capital Fund is one of the most authoritative and successful venture investing Funds in the world, which often enters local markets earlier than others. Under the supervision of working in Russia and CIS Moscow team Intel Capital, which nowadays is headed by investment officers Igor Taber and Maksim Krasnyh, the Fund has implemented investments in different companies of B2B and B2C segments; among recent companies are the following:

Except investments, raised in the above listed companies, Intel Capital has also participated in investment round with the total amount of investments of $45M in KupiVIP Holding – one of the largest online accessorize and fashion store in Russia, and has invested in Speaktoit – the company on natural language processing.