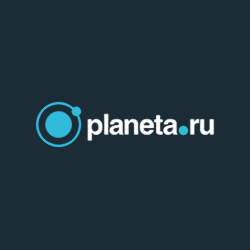 Online service to raise funds for a variety of creative projects Planeta.ru, a test version of which was presented last year, has been officially launched, said the creator of the service Max Lakmus at RIA Novosti news conference on Thursday.

Planeta.ru service is a platform for co-financing of creative projects. With the help of the service the authors of projects can raise necessary funds for implementation of their ideas on the principle of crowd funding - investing a certain sum of money to the project and further profit earning (a recorded album, for example).

At the moment there is only one Planeta.ru service – Shares, with the help of which you can raise funds for projects. In the autumn, according to the creators, events pre-ordering and designer of applications services will also be launched.

With the possibility of pre-ordering, fans, promoters, or artists themselves will be able to become the initiators of the event. At the same time those wanting to come to the event will have to pay. It is also planned to implement on-line ticket sales as well as events reporting system. Pre-ordering service will help to estimate potential audience.

Digital applications designer service of Planeta.ru allows authors to create their own applications that include music, video, text and photographs. At the same time the application will be personalized - users will be able to see their name or photo, for example.

Social functions of the service are also implemented. For example, both users and authors of projects can lead their own blogs, upload photo albums, videos, and create communities.

Users can donate money for projects from their private purse. According to the creators of the service, if a project does not collect required amount of money for specified period of time, users will get their money back.

BDVA musicians are among those who tested new Planeta.ru service and gathered about 1.2 M RUR to record their album. At the same time Shura, BDVA participant, said that not only well-known musicians can raise money for their projects but also young performers.

There is a lot of young bands in Britain who use crowd funding - Shura said.

At the same time representatives of Planeta.ru are not going to confine themselves to raising funds for creative projects. Also, using the service you can attract some money for charity.