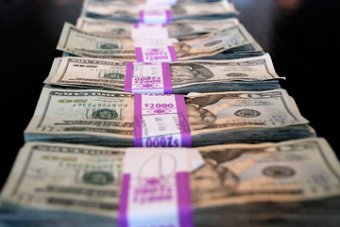 Index Ventures, one of Britain's largest venture capital funds, completed another round of investments in startups. Previously, Index Ventures has actively invested in a variety of well-known startups working in Europe. Now the company has continued its strategy investing 350 M euros in European IT companies, according to Cybersecurity.ru portal.

Now we are active on companies at early stages of development, we are looking for companies that need funds for expansion - said Danny Rimer, the manager of the London office of Index Ventures. According to him, about 75% of the total funds allocated for the final round will be placed in Europe including Israel that gives a lot of IT startups, and the remaining funds will be placed in the United States.

According to him, London, Stockholm, Berlin, Paris and Tel Aviv are five innovation clusters of priority attention. The areas of investment are: IT-commerce, electronic catalog of programs as well as financial services and mobile technology.

Speaking about Russia, Rimer said that the country is also of investors’ attention. China and Turkey are also considered. Many foreign investors see India and China as significant opportunities for development, but from our point of view Russia and Turkey have great potential too - he says.

Bernard Dalle, Index Ventures partner, says that the company has completed the sixth financial round attracting funds from independent investors and, as shown, attraction of money is not too difficult task even at the present market. Over the past year, Index Ventures has held three financial rounds to raise money from investors and placed a total of about one billion euros.

According to him, the fund is focused on Europe for one simple reason - statistics. As practice shows, European IT startups have the highest percentage of economic success among all the other startup companies and investors' money bring the greatest benefit.