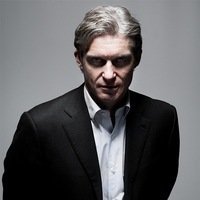 Oleg Tinkoff is establishing a new company that will invest in Internet startups. The volume of the Tinkoff Digital Fund, as told to Izvestia by a source close to the project, will amount tens of millions of dollars. Moreover, it is created on the personal funds of the entrepreneur, not on Tinkoff Credit Systems bank.

I am old and infirm. I am fed up. But, like Baron Munchausen, I have scheduled one more and last feat - Oleg Tinkoff has written in his blog in June, 16. I’d like to create several projects in the Internet advertising plus a couple of web projects from the ground up. My partners are genius and bags of money.

Tinkoff Digital will be engaged in innovative projects in Internet technologies and mobile, will invest in technology, teams, developments. Active rather than passive investment assumed, details of the strategy are being determined. It will be headed by a former employee of Rambler and Ivi.ru. The company will be managed by the entrepreneur himself, but Tinkoff Digital will not have regular state - the team will be recruited for each project.

The founders plan to become a major player on the Internet and mobile technologies over the next five years. But the strategy of development has not been approved yet and the foundation’s orientation remains unknown as well as its future competitors: if we work in e-commerce then it will be, for example, Fast Lane Ventures, and if in mobile technologies then there will be some other companies. It will be clear after the adoption of a strategy – they say in Tinkoff.

According to experts, the volume of the Internet market this year will reach $ 1.5 B and by 2015 - $ 4 B. Even with this weak Internet spreading in Russia, this niche will remain very attractive for business.

Tinkoff Digital internet project will be the fifth one owned by Oleg Tinkoff: among his previous initiatives are Petrosib trading company (it owned both Technoshock and MusicShock), a ravioli producing company Daria, Tinkoff restaurants and brewery, Tinkoff Credit Systems bank.

One of the first Tinkoff Digital Found's projects