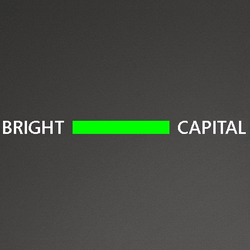 A Russian-speaking community of physicians Doctor at Work has reported attraction of $ 1 M investment from venture capital fund Bright Capital Digital, which acquired a minority stake of the company.

According to Doctor at work, the community has already united almost 80 K Russian physicians (15% of all practicing physicians in Russia). It is expected that additional funds will allow Doctor at work to expand its user base, will bring the technological platform of the site to a new level. Previously, Doctor at work received funding from private investors, $ 300 K in July 2010 and $ 500 K in March 2011.

Innovative promotion strategies for pharmaceutical companies were created and implemented on the basis of Russian project Doctor at work. The revenue of the project has increased by 20 times for 2011. At present, Doctor at work social network’s monthly revenue is close to 1 M RUR.

According to Stanislav Sazhin, Director General of Doctor at work, community’s expansion of the Russian market will continue. For two years we have built an effective interaction with the pharmaceutical market. Using the classical model of internet marketing b2b, have learned how to trade in medical research environment, to influence the opinions of doctors.

Gleb Kaplun, a partner of the Bright Capital Digital Foundation, said that the projects at the intersection of medicine and Internet technologies are very promising. Great consideration is given to medicine late years but the niche of a specialized social network is not occupied. Doctor at work project was managed to create a substantial base of practitioners in a short time. We expect the project to continue its growth at the same rate and its market capitalization over the next 2-3 years should increase by several times.