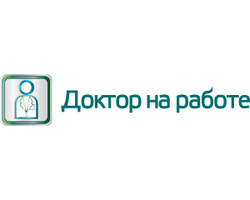 The largest Russian-speaking community of physicians Doctor at work has become the most visited social network for physicians in the world. Last week Doctor at work got ahead of its latest competitor - Chinese network dxy.cn (3 million doctors).

According to the representatives of Doctor at work, the startup is now the fastest growing social network for physicians in the world, bringing together about 15% of all practicing physicians in Russia (more than 87 K Russian doctors).

Doctor at work is aimed at medical segment of the Internet, which is considered one of the most rapidly growing industry segments. This is due to the fact that more than 8 M physicians worldwide joined online communities of specialized social networks. 28 of 30 largest pharmaceutical companies have successfully used medical social networks for their marketing activities.

The main driver of our business success is the doctors who often visit the site and trust it, - the General Director of Doctor at work, Stanislav Sazhin said, considering that the project's success is largely determined by right strategic priorities: this social network does not create content and provides opportunities for the generation and distribution of medical information.

Our portal is a mobile and easy ground, but not the primary source of content - Sazhin says. - There is no such social networks for doctors like our website that has such active audience and so many of the new content that created by doctors, medical organizations, pharmaceutical companies.

Prospects for Doctors at work can be also seen taking into consideration the sum of money received from investors: wrote about which acquired a minority stake in the company; in addition, a stake in Doctors for work belongs to Aurora Venture Capital investment fund (the size of the investment was not disclosed)