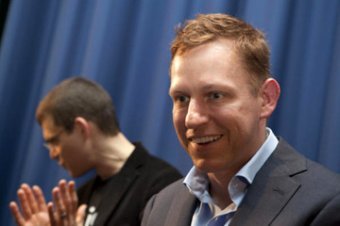 Famous American venture capitalist Peter Thiel today has reported in San Francisco the launch of a new venture capital company that has collected about $ 400 M from investors and will invest in promising information and technology companies. We recall that Thiel is considered one of the most experienced investors in Silicon Valley. In due time, he became one of the first third-party investors of PayPal payment system and Facebook social network, when they made their first steps.

According to Thiel, the new company Mithril Capital Management will invest in startups at the stage of growth and $ 402 M are now under its control. According to Forbes magazine, Peter Thiel’s fortune comprises $ 1.5 B.

Mithril is a new brand in the venture capital market. Our interests focus on the companies that have already dropped out of the initial stage of development and experience the need for investment for increasing the activity scale and market penetration, - Thiel said.

Independent investors say that Thiel’s statements result from the new wave of disappointment in the IT companies that have to prove their consistency to investors after the failed IPO of Facebook, Zynga and Groupon. In addition, Thiel himself had previously had an unsuccessful financing experience: his other fund Thiel Clarium has now lost more than 90% of the investment. About $ 6 B in 2008 were under the control of the fund, rather than now - a little over $ 430 M.

However, the investor claims that Mithril Capital Management will differ from Clarium and Thiel Founders Fund, as it will focus on mature companies of the IT sector, in addition, Thiel will make decisions about investing in collaboration with co-investors from India and Arabian Gulf. Thiel also said that the Mithril Capital Management’s sphere of interest will not be limited to the U.S. and they will look for promising technologies around the world.