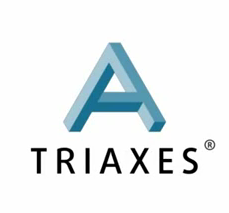 A resident of the computer and information cluster of the Skolkovo Fund Triaxes Vision Company will present the new universal format for 3D broadcasting in early September at the exhibition IBC-2012 (Amsterdam).

The new format called 3DZ Tile was developed by Tomsk Triaxes Vision jointly with Italian company Sisvel Technology. It allows you to watch one channel in several ways: on a TV, on a 3D TV with glasses, as well as on 3D TVs of the next generation that creates the effect of volume without the use of glasses, Skolkovo says.

Sisvel Technology Company previously developed the 3D Tile format that allows transferring of stereoscopic images in a higher quality than in common Side-by-Side format of 3D-broadcasts.

Triaxes Vision Company has upgraded 3D Tile format adding some additional information, so-called depth map (Z), which contains brightness or color data and describes the third dimension. Horizontal resolution of frame in 3DZ Tile is 33% higher than in side-by-side stereo frame. This provides a better quality of the 3D effect.

I'm really excited about the opportunities offered by the new 3DZT format. It is very important that the same TV channel in 3DZT format is compatible with existing 2D TVs, supports widely spread 3D TVs with glasses and, moreover, provides a framework for the implementation of the next stage technology - 3D TV without glasses.
Ability to create a video in the new 3DZ Tile format is already implemented in the software product of Triaxes DepthGate.

The demonstration of new format’s capabilities will take place at the exhibition IBC-2012, from the 7th to 11th of September in Amsterdam.