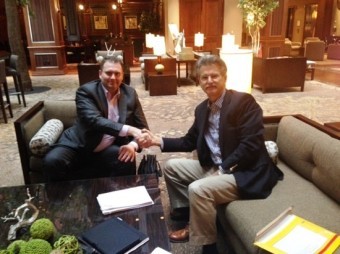 In November, 20 in Houston, USA at the conference “Total energy USA” has been executed an investment contract between resident of the Fund Skolkovo and the company “Novas Sk” (American affiliate of which has been awarded at that conference by the prize “For excellence in the sphere of innovations”) and the Canadian venture company “TechnoVita Technologies Corp.”.

According to Sk.ru, the volume of the project’s financing and sum of contract comprise $6M. The company “Novas Sk” says that investments will be directed to adaptation of the technology oil recovery increase by method of plasma-impulse action to appliance on horizontal chinks. This direction is the most perspective on Canadian market, and due to perspectives of slate gas output increase, while output of which are applied horizontal chinks, the future of a new development in quite perspective.

Initially Oleg Pertsovsky, operation director of the energy-effective technologies cluster said the Fund “Skolkovo” support (including grant financing) the activity of the “Novas Sk”, on development of horizontal drilling technologies, and it has already received the prototype.