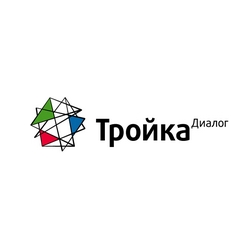 A board member, the director of Global Customer Department of Sberbank Alexander Bazarov told reporters on Thursday that Brand Troika Dialog will be liquidated in a few weeks. According to him, the current process of Troika Dialog re-branding within the takeover to Sberbank is at the final stage.

The work will be finished by the end of the year. But the new brand will be announced in a few weeks – Vedomosti quotes his words.

The new name of the department to work with major clients of Sberbank, which includes Troika Dialog, will be the combination of the following words: Sberbank and CIB. Bazarov said that Sberbank likes brand Three Dialog, but it was decided to leave this name.

Sberbank announced the creation of the new unit in the corporate and investment banking unit (CIB) in late July - Sberbank Merchant Banking - for strategic investments aimed at the development of major companies in various industries. The new structure will unite the team of strategic project management department of Investment Banking of Troika Dialog and the team of Sberbank investments, a 100% owned subsidiary of Sberbank.