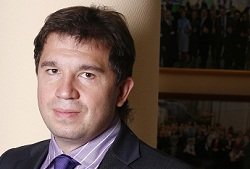 According to the senior vice-president of Sberbank Viktor Orlovsky, Sberbank’s Venture Fund will conclude its first deals till the end of 2012. The Fund focuses on high-tech growing companies aimed at the development of new information and communication technologies for financial institutions.

Recall that Sberbank announced the establishment of its own venture fund in February this year. It was reported that the initial size of the fund would be $100M, and the investment volume should be increased to $500M over the time. Orlovsky stated yesterday that $100M will be invested within the first three years and $500 mentioned above - within four more years.

According to Orlovsky, this amount of money includes all the investment made by Sberbank and those funds that we have inherited from the Troika. Orlovsky was referring to Troika Dialogue investment company that was acquired by Sberbank in May 2011 – that is some funds with regional stakeholders and investors and a fund with Rusnano, added the Vice-President of Sberbank, specifying that the volume of investment of these funds is estimated by several hundreds of millions of rubles, and a part of the funds have already been closed and more investment is no longer assumed.