A managing company for the venture fund of Tver region 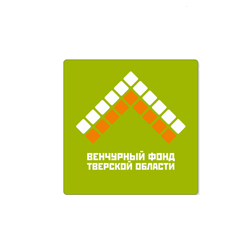 The volume of Tver regional venture fund is 210M RUR, 200M RUR of which will be under the management of Sberinvest. A Trust Deed for Cash for a period of 7 years will be signed soon.

Recall that Sberinvest has five regional venture capital funds: Voronezh, Kaluga, Chelyabinsk Region, the Republic of Bashkortostan and Krasnodar Territory. The total size of these funds is 2.24B RUR.

Company Savings and Investments started in 2004, and became interested in venture investments in 2007. Since that time Sberinvest became one of the most active participants of the innovation process developed in the country, the company actively participates in programs of public-private partnerships. In addition to the six regional venture capital funds, the company has two own funds for venture investment. Sberinvest also has the status of a Venture Partner of RVC Seed Fund.

NGO Foundation for Promotion of venture capital investments in small and medium business in science and technology of Tver Region was established in December 2009 by regional authorities. A special Start-Up Fund, that invests and prepares projects at the early stages of development, was established two years later.

100 projects were considered in 2011 and 50 scientific-technical and financial and economic expertises were carried out. Two projects were financed at the expense of the Start-Up Fund:

- A forecasting system Forecast NOW! - a software to predict the sales of goods and inventory optimization;
- The production of crystals for optoelectronic devices – the development and implementation of a technology for producing single crystals for modern optoelectronics, state testing and certification.