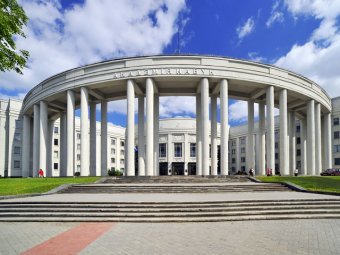 Belarusian scientists have proposed three research projects to carry out together with Russian innovation center Skolkovo, the chairman of the State Committee for Science and Technology of Belarus Igor Voitov said in Minsk at the opening of the conference Russia-Belarus-Skolkovo: Single innovation space.

Voitov reminded that several projects that passed the examination of the Skolkovo Fund were approved earlier at the meeting of the Interstate Council of CIS countries. Belarus announced three projects.

First of all, this is a project of the development of supercomputer centers infrastructure for the Innovative Development of CIS countries, - he said.

The second project on logistics is aimed at creating a hardware-software system for managing international transport corridors from China to Europe. Voitov noted that this project, in particular, will use space systems’ capabilities.

The third project is connected with the targeted delivery of drugs to treat cancer.

We would be glad to see that the Skolkovo Fund in Belarus felt at home and, perhaps, would create its Office here, - the chairman of the Presidium of the National Academy of Sciences of Belarus Anatoly Rusetsky said at the opening of the conference.