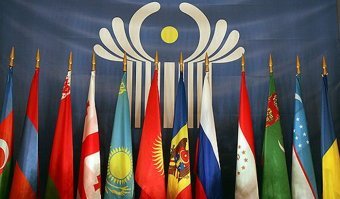 A regular meeting of the Government Heads Council of the CIS took place in Ashgabat (Turkmenistan) in May 30, 2012. It was decided during the meeting that the Skolkovo Fund can proceed with the selection and formation of the list of innovative projects from at least three Commonwealth countries as from July, 2012.

This right, the press service of the Fund says, gives a Regulation approved at the last meeting about the interstate program operator of the CIS innovative collaboration participants up to 2020. We would remind you that by the decision of the CIS Economic Council in December 9, 2011 the Skolkovo Fund have been assigned as the operator of this program.

Developments and new technologies will be applied to the joint interstate investment projects related to infrastructure development in electricity, telecommunications, information and biomedical technology. New prospects to be opened up in space cooperation programs.

26 international teams of scientists and developers from Russia, Kazakhstan, Belarus, Ukraine, Moldova and Uzbekistan expressed a desire to work in the Skolkovo Fund. These are the projects in biomedicine, information technology and energy efficiency.


Participation in the Program will make it possible for the teams of scientists to attract additional funding. On the one hand, it is a grant from Skolkovo, on the other - co-financing from national budgets and development institutions of the CIS.

A joint enterprise center of Skolkovo R & D and the largest enterprises of the Republic of Belarus will be created in the near future. As for Ukraine it is planned to develop co-operation of universities and technology parks of border regions.