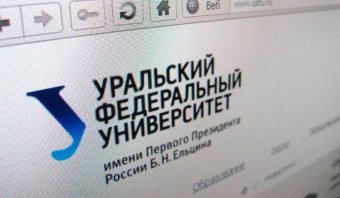 Skolkovo-Ural club members will receive the information about the Developing Fund of the Skolkovo Centre of new technologies and commercialization at the first hand. The club was opened in May, 22 at the Ural Federal University (UrFU). Dmitry Shalagin, the deputy head of investment services and Kirill Bulatov, the head of grants service, introduced at the first meeting of the fund staff a new Regulation on Skolkovo grants approved on April 25, as it was reported to the press service of the UrFU.

Our very first acquaintance with the Skolkovo representatives in 2010 showed us that they are competent and attentive to the innovative projects sent for the examination - Sergei Kortov, the UrFU vice rector on innovation activities said. – The joint work has shown the need for broader communication, the club is designed for. And the Skolkovo-Ural communication center will be opened at the university soon that will allow solving emergent video communication issues.

The meeting participants, the innovators from the UrFU and several other universities of Yekaterinburg, as well as representatives of several industrial enterprises, questioned the guests about the nuances of the Skolkovo grant policy. A coffee hour followed the official part of the meeting.

The status of Skolkovo participant allows the companies to obtain significant tax benefits and special grants required to develop and implement innovations. Currently, such status in the UrFU is obtained by two small innovative enterprises - Universal Energy and Indorgou NS.

Three projects proposed by the scientists of Physics and Technology and the Ural Power Engineering Institutions (UralENIN) UrFU were approved by the fund experts in February, 2012. In addition, a project to create high-productive brushless motors developed in UralENIN has recently received the positive feedback. One of the largest Russian manufacturers of power tools which has been invited to become a co-investor got interested in the development.

Such meetings with the Skolkovo representatives are to be held each month. The services of Skolkovo Technopark and the UrFU Innovative infrastructure are to be presented and discussed in June.

Innovative infrastructure of the Ural Federal University was created in September 2010, it brings together the units, designed to create university-based environment for knowledge-intensive business through the commercialization of research and development results in high technology. It is included in the state support program Development of Innovation Infrastructure in the Federal Institutions of Higher Education.