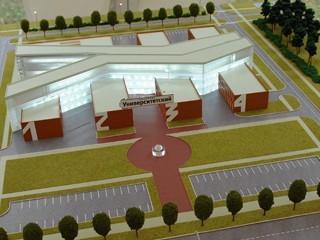 Representatives of the Ural Federal University together with Chiefs of the Sverdlovsk region have discussed in the Government of Russian Federation the idea of establishment in Yekaterinburg of the Ural University Technopolis. According to results of the meeting there has been taken decision to prepare by February 1, 2014 on the basis of the Ural Federal University. The Technopolis will become concentration on one territory of powerful scientific complex – a new campus of university, industrial park and technopark.

Besides the Ural Federal University to this process will be attracted Government of the Sverdlovsk region, the Ministry of building and housing and utilities infrastructure, the Ministry of industrial trade and Ministry of communication and mass media in Russia. By this date the Minister of education and science of RF Dmitry Livanov should form the group on establishment of the Ural University Technopolis, which, in its turn, by March, 1 should present to the RF Government the program of the technopolic establishment. The program will include a list of offered to construction objects, terms of its put into operation and possible financing resources.

According to the rector of the University Viktor Koksharov, the main aim of the Technopolis establishment is in creation of conditions for diversification of regional economy, giving it a new impulse due to innovation development and high technologies.

“The Technopolis with included campus, technopark and industrial park should become a new point of innovation economy, strengthen positions of Yekaterinburg as a capital of large and strong region. The Technopolis will allow solving a task of establishing the global University, able to compete with the best global educational institutions. This project has already received support of federal authorities, which highly estimated potential of the university”, - noted Victor Koksharov.

At the moment the idea of the project received support of the management of the Sverdlovsk region and the Ural department of the Russian Academy of Science. Besides, there has been collaborated strategic leading of the project realization for the campus building of UrFU on terms of private-public partnership. It is expected that the project UrFU on establishment of the Ural University Technopolis will be included in the Government program of education development up to 2020.