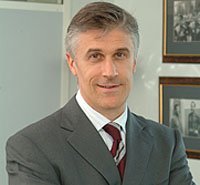 The fixed assets of Baring Vostok Private Equity Fund LP V Fund comprise $1.15B, the additional funds making up $350M, Michael Calvey, the co-founder of the Fund reports, noting that this exceeds the original plans for the Fund by $200M. The first investments from the Fund have been received by Orient Express Bank and First Collection Bureau. Overall, the portfolio is planned to hold not more than 10-15 assets and focus mainly on medium-sized companies with intense growth prospects, financing the expansion or the consolidation of business (or the purchase of the entire enterprise.)

Russia remains a priority region for the fifth Baring Vostok fund, but the projects in Kazakhstan, the Ukraine and other former Soviet countries are also interesting. Calvey marks that attracting capital for new private equity funds is very difficult now, and for Russia it is even more difficult, as global investors still prefer the emerging markets of Brazil and China rather than Russia, which is perceived as risky and more corrupt.

The main competitors of Baring Vostok are state banks and oligarchs, not the typical firms attracting private capital, Calvey states.

The fund's investments include shares in oil and gas fields of Volga Gas and Yandex, Russia's most popular Internet search engine, which placed its shares on the Nasdaq stock exchange last year.