A developer of mobile applications from Skolkovo in Silicon Valley 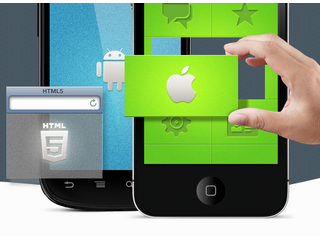 iBuildApp company, a participant of Skolkovo IT-Cluster and one of the world leaders in so-called DIY (Do It Yourself) trend, introduced its technology to create mobile applications at DEMO Fall 2012 conference for startups, which runs from the 1st to the 3rd of October in California. The technology is a web tools with user friendly interface for the creation of applications.

After such mobile applications as Pinterest gained wide popularity, many people wanted to create their own applications. However, this process is fraught with many challenges: the need for money, time and a team of developers. Tools like PhoneGap and Titanium (Appcelerator) that simplify the process of cross-platform development, require programming skills. That’s why Do It Yourself systems continue gaining popularity and iBuildApp is the leader of this trend.

IBuildApp technology eliminates technical barriers when creating and selling custom applications for mobile devices, so any Internet user without special technical skills can create, test and publish extension modules for mobile devices on http://ibuildapp.com/developers.php by simply dragging the necessary components in iBuildApp program. We believe that this particular feature makes us different from other platforms that do not require programming skills, - the General Director of iBuildApp Rafael Sultanov said.

The Project Director of Skolkovo IT-Cluster Albert Efimov says that iBuildapp’s technology is a breakthrough and it opens the access to the development of mobile applications to millions of users, both advanced and novice.

Annual revenue from mobile applications to exceed $30B in 2012

The popularity of mobile augmented reality applications will grow