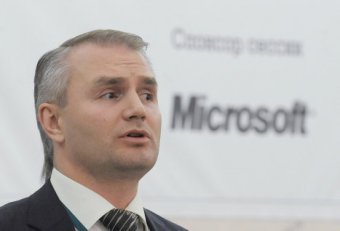 I hope that this investment will help them to move from idea to a prototype and enter Russian and international markets - RIA Novosti quoted Pryanishnikov.

Project MoosCool, which received 70K from Microsoft, is a music service that allows creators of electronic dance music to gain from free distribution of their music to fans and friends.

Startups Co-founder and SportFort attracted $50K and $40K respectively. The first one has developed a service Car-Fin, which allows users to compare loan terms and leasing of different banks when buying a car, and the second one provides specialized software for sportsmen, sports organizations and other members of the sports community to create websites.

According to Pryanishnikov, Microsoft Foundation has supported more than 20 companies, and the total investment almost reached $1M.

Microsoft Seed Fund has operated in Russia since 2010. It intends to provide financial support and expertise for about 100 Russian startups within 10 years.

Microsoft invested into 3 startups $ 70-80 thousand each.

The Moscow Government and the Microsoft combine efforts for Startups' support