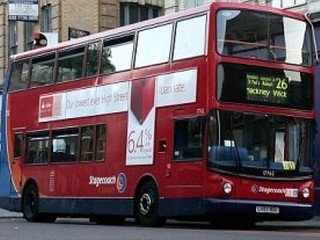 A Russian company from Nizhny Novgorod Doroga.TV has received the permission from New York authorities on a test launch of its development - an online service to track buses. If the testing is successful, the system will become a permanent service of the city.

The new service will give city residents the opportunity to check the location of public transport in real time, to know the approximate time of busses arrival, to calculate the best route. In addition, Doroga.TV plans to analyze the data obtained through GPS-receivers installed in buses and send received statistics to New York transportation authority.

The testing does not cover the entire city, but only a part of its routes. The web service is working in private mode at cloud.doroga.tv, and it is planned to make it open till the end of October.

In Russia, Doroga.TV service is used in six cities: Nizhny Novgorod, Kazan, Kaliningrad, Tambov, Penza, and Irkutsk. Moscow, however, was not included in the list for bureaucratic reasons, according to the executive director of the company Evgeny Makarov.

Nizhny Novgorod to have youth ?science techno-city? with submarines and hydrofoils