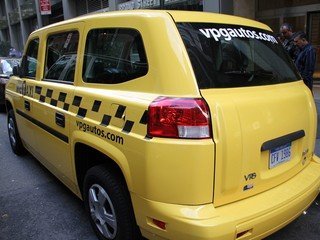 Startup Square ceased the cooperation under a pilot project with the drivers of the New York taxi service. The testing has been completed long before the initial term, and it seems that the company had enough time to figure out all the important details.

Square concluded an agreement with New York City Taxi&Limousine Commission, TLC in February, 2012 to launch a small pilot project, the essence of which was to install iPads with bank card readers in 15 city cabs. This would make it easier for passengers to make non-cash payment right in the car.

The project was planned to work for one year, but Square announced the revision of its mobile payment service’s work in accordance with the new rules.

Square sent TLC an official letter on October 12, which refers to the termination of the contract. The company explained that it happened due to some circumstances associated with the future regulations to take place in New York’s and other taxi markets. Square also reported that it would be appropriate to offer a different hardware and software for a reliable assessment of its product.

In these circumstances, according to Square representatives, the pilot project is economically impractical in its current form.