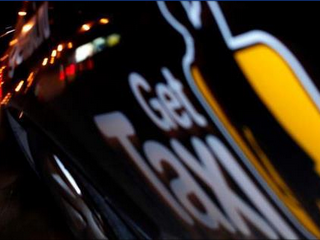 St. Petersburg became the second city in Russia after Moscow, where you can take a taxi through the GetTaxi service. Israel, Britain and the United States have already evaluated the quality of the service, now GetTaxi is expanding to Russian cities.

GetTaxi makes it possible to call a taxi using your smartphone and provides the vehicle in a record time (10-15 minutes, directing to nearest car to the passenger.

GetTaxi was founded in 2010 by businessman Roi Moore and Shachar Weiser from Russia. The company originally worked only in Israel, then opened an office in London, and it was announced that the company entered Russian market in March of this year. The company managed to attract $30M from its founders, from Access Industries Company owned by famous American billionaire of Russian origin Leonard Blavatnik, and from Invenchure Partners fund that was founded by the former head of Morgan Stanley working in TMT (telecom, media, technology) Anton Inshutin.

During the event devoted to the entering St. Petersburg taxi market, Shachar Weiser, the founder of GetTaxi, said that any city, like New York or Moscow, is interested in how to make its people use public transport. And it should be easily accessible. That is, if a taxi arrives within 5 minutes, and the minimum fare in this case is 50RUR, the GetTaxi will be more preferable than a personal vehicle for many people.

Yuri Weikov, the Vice-President of the Association of taxi transport in Russia said that today the need of St. Petersburg in taxi is 10-15K cars, and the official service includes 20K unorganized private carriers and only 8K registered drivers.

Ivan Alexandrovich Gromov, the chairman of the Committee on Information and Communications of St. Petersburg, attended the event and said that they studied GetTaxi in detail. This is a convenient innovative service that has no analogues in Russia. Currently, the Committee shall consider the promotion of the product in the legislation framework.

GetTaxi will get $12M of investments and is launched in USA