RVC determines the best jurisdiction for venture funds in Russia 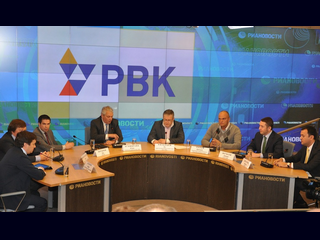 A round table of OJSC RVC on The Pros and Cons of venture capital funds establishment that invest in Russia, in domestic and foreign jurisdictions.

As noted at the round table, many large domestic companies prefer to conduct their transactions in accordance with UK law, which provides complex protection of parties' interests unlike the legal system of Russia. This is a feature not only of our market. Most funds in Silicon Valley also work on British law. All venture capital funds in the world work on a partnership model, which was missing in the Russian legislation - Igor Agamirzyan said, the CEO and Chairman of the Board of OJSC RVC.

Most Russian venture funds of recent years have been created in the form of closed-end mutual funds of high-risk (venture) investments. However, this form is only suitable for large funds since it is too regulated and therefore expensive to operate. The management of such funds is tightly regulated by FSFM, the structuring of transactions takes a lot of time and is very expensive, - the managing partner of Maxwell Biotech venture fund Dmitry Popov said.

Despite all the difficulties, there is no more convenient organizational form in the Russian legislation. RVC together with JSC RUSNANO, Russian Venture Capital Association (RVCA) and other partners have made every effort to create a new legal form in Russia from the beginning of 2012 - the investment partnership, an analogue of the international Limited Partnership.

However, according to Igor Agamirzian, no special interest is paid to the new legal form, unfortunately. These words are confirmed, in particular, by the head of VTB Capital's venture business Aydar Kaliev: he noted that the domestic jurisdiction is still not easy for international partners in terms of investors' protection. It makes no sense to give up the British law now, said the partner of Orrick CIS Leo Batalov, and that does not mean that it is not necessary to develop the Russian jurisdiction.

Particular attention was given to the discussion of whether the creation of a venture fund in the foreign jurisdiction means the export of Russia's capital. We need to decide on what form the funds should be created in today, we shouldn't set aside the question.

The roundtable participants concluded that the law on the investment partnership will work after law enforcement practices. I think it will happen in the next 5-7 years, - Igor Agamirzyan concluded.