RosnanoMedInvest to invest in 20-30 innovative medicines 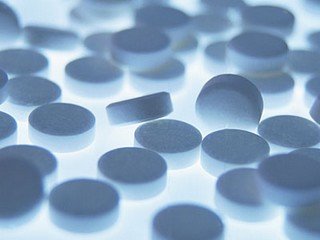 RosnanoMedInvest plans to invest in 20-30 innovative medicines, all of them should be localized till 2022, said a member of RosnanoMedInvest and NovaMedika's board of directors Leonid Melamed.

RosnanoMedInvest plans to invest in 20 to 30 products, each will be further localized in Russia. All of these drugs should be localized in Russia till 2022, - Melamed said the on the sidelines of Russian Innovation Week conference.

According to him, the company is considering five deals, about 20 of them are at early stages of development. RosnanoMedInvest together with Domain Associates invested $40M in CoDa Theurapetics Inc. in July, 2012 which is a developer of drug for the treatment of chronic ulcerative diseases.

NovaMedika Company, in addition to drugs to be invested by RosnanoMedInvestom, is going to patent, bring to Russia, produce and sell a large number of other drugs under license agreements. - RIA Novosti quoted Melamed.


Addressing the conference, Melamed recalled that, according to analysts, the volume of pharmaceutical market in Russia will double by 2020. The market growth till 2015 is estimated at 12% per year and after 2015 - 7%, so that its volume will exceed $42B by 2020.

Federal spending on health care in 2007-2011 doubled from $6.8B to $13.8B, and the experts predict a rise in the total expenditures of all budgets in this area by 2.5 times, Melamed said.

Rusnano and Domain Associates signed a cooperation agreement in March, 2012 on joint investment in advanced medical technologies for their transfer to Russia and further production of innovative products.

The total budget of the investment project is $760M. RMI company was founded for the implementation of the agreement on the part of Rusnano, and on the part of Domain Associates - Domain Russia Investments (DRI) company. The management company of the project is Team Drive, Leonid Melamed is the chairman of its board of directors.

Domain Associates LLC is one of the most successful venture capital funds' management companies, specialized in medical projects. It has created and invested in more than 230 projects during the period of its existence. Domain manages assets worth $2.5B, and its investment portfolio consists of 80 companies.

Mail.Ru helps to find and order drugs in thousands of Moscow pharmacies