Rostov Region to create projects with the Skolkovo Foundation 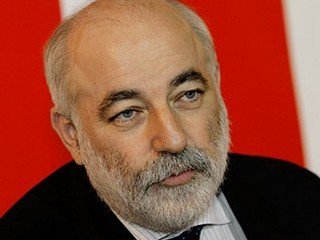 Rostov universities with the support of the regional government and the Skolkovo Fund will develop a joint program of cooperation, the president of the Foundation Viktor Vekselberg told reporters.

We will prepare a joint program with concrete content - he said in Rostov-on-Don.

We will meet with the rectors' community in December, according to the agreement... We will discuss the issues of regional authorities' participation in the implementation of the planned, - the head of Rostov Region Vasily Golubev told reporters.

A very important element is the creation of support centers for the protection of intellectual property and registration of patents, patent investigations, assistance in the commercialization of patented developments. It is absolutely real, and we have concrete achievements - RIA Novosti quotes the words of Vekselberg.

Deputy Governor of the region Igor Guskov expressed hope for successful cooperation between universities of Rostov Region and the Skolkovo Fund.

Of course, Rostov Region with all its scientific potential, which is concentrated in institutions of higher education, will actively interact and cooperate to solve the common task. The faster and more successfully this project is implemented, the sooner it will be possible to create a powerful unit that would bring together the scientists here in Rostov Region, - said Guskov at the meeting.