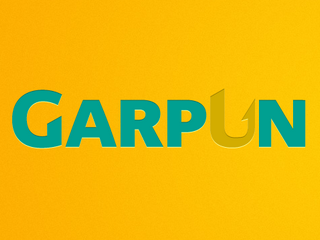 ITech Capital venture fund has invested $3.5M in Garpun and received a minority stake in the company. Garpun is an automated management system of context (linked to the page content) and targeted advertising designed for medium and large advertisers spending an average of $20K on contextual advertising per month.

As explained by the investment director of the fund Nikolay Davydov, this is the first system of the kind in Russia, and there is a similar U.S. system Efficient Frontier, acquired by Adobe Systems (renamed in Adobe AdLens). The American system is designed for very large advertising campaigns (spend $300K per month), while Garpun can work with smaller budgets.

The money received from the fund will be used to accelerate the completion of the product and adding new features. As noted by Garpun founder Vasily Lazuka, the service will be a great solution for companies whose budgets for online advertising and the volume of data used (keywords ads are linked to, etc.) have significantly increased and became difficult to manage.

Garpun works with contextual and targeted advertising, and the system will be ready to connect to Real Time Bidding (RTB) in the near future, Lazuka says. RealWeb system has actively used Garpun. This system includes 10,350 advertising campaigns in Direct.Yandex, Market.Yandex, Google AdWords, Begun, Vkontakte.

As Davydov said to firrma.ru portal, the fund has looked closely at the advertising market since its inception, and the investment in Garpun is a part of its strategy: iTech Capital invested $10M in the largest system of automated SEO SeoPult in July, 2012. And while SeoPult is the largest system for small advertisers, Garpun is the most advanced technology for agencies and large advertisers in Russia to date. Davydov did not rule out the possibility of such investments in the future, since there are many interesting companies on the market.

Media Capital acquires a stake in Holodilnik.ru for an advertising campaign