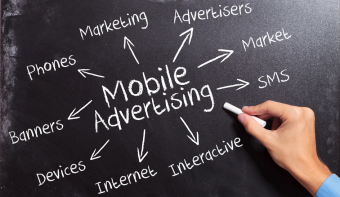 Mobile advertisement market is perspective and it is necessary to take positions in it right now, believes director general of “IMHO Vi” Maksim Osipov. “IMHO Vi” will start to sell such advertising in 2014, when the platform “AdCamp” will be finished and officially launched.

The Fund “iTech Capital” together with initially invested by it company “SEOPult” created a special advertising holding “PultGroup”, it will help the “AdCamp” not only with money, but also with technologies of early acquired companies. According to a representative of “iTech Capital” Nikolay Davydov, the market of mobile advertisement in 2013 is possible to estimate in $20M – this is two times less than Internet-advertising market in Ru.net, but by amount of users the mobile Internet in Russia is three times lesser than audience of “traditional” Internet. This is why the mobile advertising market in the near future will grow increasingly, believes Mr.Davydov.

The market of mobile advertisement has a premium segment and advertising segment? Focused on a result, considers director general of “AdCamp” Aleksander Vasilyev. The premium segment includes advertising of large brands in popular applications – for example, in applications “Afishi” or business newspapers – and here partnership with “IMHO Vi” should help the system, believes he.

“Prostor Capital” and “e.ventures” invested $3M in the “AdMoment”