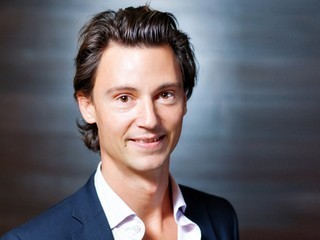 Swedish co-founder of Russia's largest ad site Avito Jonas Nordlander predicts that the project will double its revenue this year, proving that local players can develop even against such giants as Ebay or Craigslist.

According to Nordlander, who is the founder of a number of other Internet projects in Sweden, Avito is fully able to become a Russian analogue of American Craigslist or Chinese 58.com, whose monthly audience is 40-60M people.

The revenue of Avito totaled about $30M in 2012 against $126M of the U.S. Craigslist. Avito Internet Company is still unprofitable, and it is not as popular in Russia as Ebay in the U.S. or Naspers in South Africa. However, they say in Avito that the company began expanding in new markets such as Iran, Pakistan and Bangladesh.

Avito’s investors are such funds as Kinnevik, Vostok Nafta and venture units of Accel and Northzone.

Accel says that the Internet market growth in Moscow and St. Petersburg has reached its limit, and 90% of the growth accounts for the regions. However, the regional audience has less money to spend and will barely show outstanding sales performance. On the other hand, the availability of large online retailers in the regions gives regional buyers a chance to purchase goods that never appeared in regular city stores at relatively low cost.