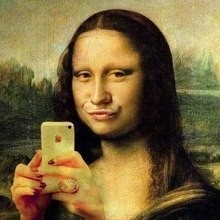 “Moi Mir” social network analyzed the way how users interact with photo content. The project Mail.ru Group is one of the most popular social networks of RuNet (32,7 million people per month, TSN, Russia, population at the age of 12-64 years old, April 2013), this is why the survey data is very representative.

It appeared that men and women use opportunities of social network in different ways. Both men and women like to see photos but with a slender majority: women 56,5% against men 43,5%.

It is widely accepted that men are sparing of emotions, and it is demonstrated in statistics of photos estimation. In 58,7% cases points for photos give exactly women, and they give “like” four times oftener than men do (80% against 20%).

It is interesting that women load photos in social network more often too, whereas men are not willing to share their photos. Therefore, social networks` functionality, related to photos, appeared to entirely belong to women.