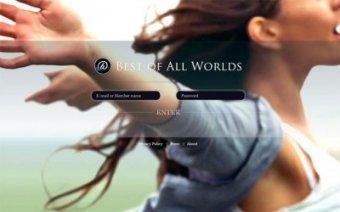 Swedish businessman Erik Wachtmeister launched a social network called Best of All Worlds. Only people who belong to the elite can join the network.

The mission of Best of All Worlds is to help its participants to establish contacts with other people and take part in events of their interest. You need an invitation to register for the social network.

Wachtmeister said that Best of All Worlds is for the top of the Internet community, which is about one percent of the total number of users. These are people who are leaders in their field - investment bankers, publicists, journalists, people from the world of fashion or from government. They are not just socialites or moneybags, but genteel people with good taste, - the businessman says.

It is reported that 20K users had registered for the social network before it was officially launched.

Best of All Worlds is not the first online project of Wachtmeister. In 2004 he created a similar service aSmallWorld, and The Wall Street Journal called it a social network for millionaires. Over 700K users are registered in aSmallWorld.

A social network from Rusnano to be presented in Krasnoyarsk