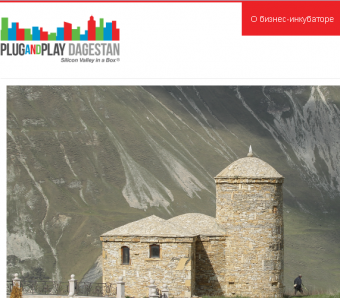 Accelerator for Startups has been opened in the capital of Dagestan on the basis of the Dagestan State technical University. It became one more part of the largest International network of business-incubators Plug & Play – one of the most popular venture incubators of the Silicon Valley.

In Russia the first accelerator Plug & Play has been opened in 2002 in Moscow. Makhachkala accelerator is the second, it appeared there by the private initiative of theGroup “The Sum” owner Ziyavudin Magomedov, who assured owners of Plug & Play, that he is interested in this project.

Since then once per six months the accelerator will choose up to six Startups, and set target indexes against it. Representatives of the Group “The Sum” have a wish together with other investors to invest money in the most successful projects. For investments it is possible to establish a small venture Fund, through which investors will invest in each Startup up to 1M RUB. Possible earning of the Fund “The Sum” is intended to directed to incubator`s development.

According to Mr.Magomedov, target capital inside the project Plug & Play Dagestan has already been formed, notwithstanding that this is the first experience of the Group “The Sum” on venture market.