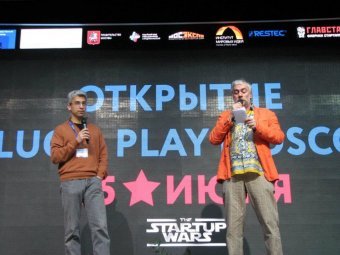 One of the most successful American business incubators have come to Russia. Accelerator that made Google and PayPal, has selected a number of Russian start-ups that became the first residents of Plug and Play Moscow Tech Center that opened this week, Vedomosti reported.

The first battle of eight startups took place on Monday, at the opening of the PnP Moscow Tech Center. The winner - Travolver project team - will get a three-month training in the PnP Moscow Tech Center, and then a three-month acceleration in campus of PnP in California. In addition, PnP and Global Venture Alliance will provide $ 100K to the project as the first round of funding.

The Russian market still needs business incubators, especially with international expertise, so the appearance of a further western incubator is positive, - Gaidar Magdanurov, the director of Microsoft seed financing fund says. - In addition, the emergence of the incubator that launched the world-famous companies Google, PayPal, DropBox is a signal of recognition of Russian startups ecosystem at the international level.

Residency in Plug and Play Russia will give a platform for successful business development at the global level to Russian startups. Russian domestic start-ups will have an access to the best international practices and resources - said Saeed Amidi, the founder and President of the Technological Center of Plug and Play (PnP) in California.

Plug and Play Technology Center, founded by Saeed Amidi California, entered the Russian market in order to bring finished and carefully engineered infrastructure for the cultivation of intellect-intensive technologies with high commercial impact to the Russian innovation branch.

Russian start-ups, which will get the expertise of specialists from Silicon Valley and become residents of the Plug and Play Moscow Tech Center, will have an access to all the competencies of California accelerator. They will be able to participate in webinars and seminars to communicate with experts from California and get advice on doing business, building business models, the promotion and development of projects. And most important is that they will have an access to a pool of 180 venture investors working with PnP around the world.

Any high-tech company can try its luck and file its application to the competition. Acceptance of applications has already been started at the website gvacapital.com (GVA). Unique idea, good business plan and some luck and start-ups have already become the residents of PnP - says the representative of GVA.

About 300 start-ups are growing at the same time in California campus of PnP, said Skripnichenko. Plug and Play Moscow Tech Center is on the 7th floor of Premier Plaza Technopark. The area of Moscow PnP can be expanded if necessary.

The first five startups were selected in the autumn of 2011. One of the five projects, Family Suite, has launched its application for IPad in the U.S. and will release Russian version in the summer. This application helps to integrate the older generation in social networking.